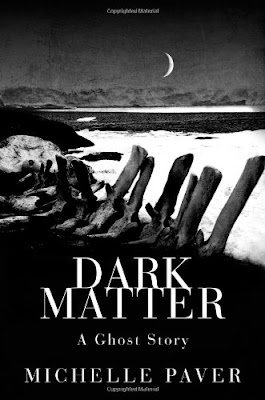 "'What is it? What does it want? Why is it angry with me?' January 1937 Clouds of war are gathering over a fogbound London. Twenty-eight year old Jack is poor, lonely and desperate to change his life. So when he's offered the chance to be the wireless operator on an Arctic expedition, he jumps at it. Spirits are high as the ship leaves Norway: five men and eight huskies, crossing the Barents Sea by the light of the midnight sun. At last they reach the remote, uninhabited bay where they will camp for the next year. Gruhuken. But the Arctic summer is brief. As night returns to claim the land, Jack feels a creeping unease. One by one, his companions are forced to leave. He faces a stark choice. Stay or go. Soon he will see the last of the sun, as the polar night engulfs the camp in months of darkness. Soon he will reach the point of no return - when the sea will freeze, making escape impossible. And Gruhuken is not uninhabited. Jack is not alone. Something walks there in the dark." 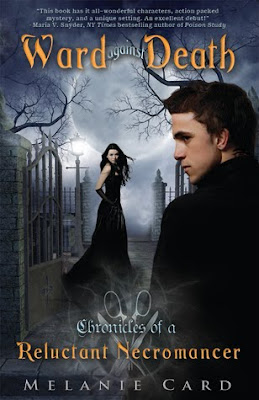 "Twenty-year-old Ward de Ath expected this to be a simple job bring a nobleman s daughter back from the dead for fifteen minutes, let her family say good-bye, and launch his fledgling career as a necromancer. Goddess knows he can t be a surgeon the Quayestri already branded him a criminal for trying so bringing people back from the dead it is.

But when Ward wakes the beautiful Celia Carlyle, he gets more than he bargained for. Insistent that she s been murdered, Celia begs Ward to keep her alive and help her find justice. By the time she drags him out her bedroom window and into the sewers, Ward can t bring himself to break his damned physician s Oath and desert her.

However, nothing is as it seems including Celia. One second, she s treating Ward like sewage, the next she s kissing him. And for a nobleman s daughter, she sure has a lot of enemies. If he could just convince his heart to give up on the infuriating beauty, he might get out of this alive..."

Sound completely interesting and I can't wait to get my hands on it! 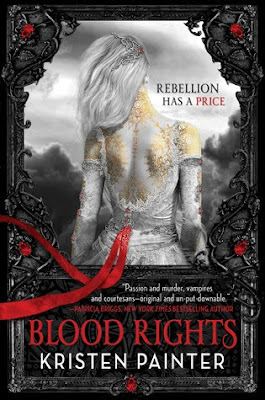 "The lacy gold mapped her entire body. A finely-wrought filigree of stars, vines, flowers, butterflies, ancient symbols and words ran from her feet, up her legs, over her narrow waist, spanned her chest and finished down her arms to the tips of her fingers.

Born into a life of secrets and service, Chrysabelle’s body bears the telltale marks of a comarré—a special race of humans bred to feed vampire nobility. When her patron is murdered, she becomes the prime suspect, which sends her running into the mortal world…and into the arms of Malkolm, an outcast vampire cursed to kill every being from whom he drinks.

Now Chrysabelle and Malkolm must work together to stop a plot to merge the mortal and supernatural worlds. If they fail, a chaos unlike anything anyone has ever seen will threaten to reign."

How gorgeous is this cover?!?! I wanted to read this book instantly before I even knew what it was about! 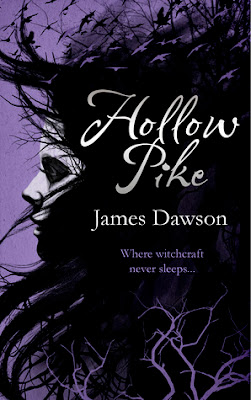 "When Lis London moves to Hollow Pike, she's looking forward to starting afresh in a new town, but when she sees the local forest she realizes that not everything here is new to her. She's seen the wood before - in a recurring nightmare where someone is trying to kill her! Lis tells herself there's nothing to her bad dreams, or to the legends of witchcraft and sinister rituals linked with Hollow Pike. She's settling in, making friends, and even falling in love - but then a girl is found murdered in the forest. Suddenly, Lis doesn't know who to trust anymore..."

Love the cover and the summary sounds quite creepy. I want!

That's all for me this week. What have you added to your wishlist lately?
Posted by samantha.1020 at 4:59 AM