On My Wishlist is my way of sharing all of the books that I cannot wait to get my hands upon and read. These are a mixture of books that are about to be released along with some older titles that I really want to read as well. I find that I am addicted to adding books to my to-read list on Goodreads. I can't seem to stop and I find that I have almost 500 books added on there right now :) If you aren't friends with me on Goodreads already, you should add me as a friend although I haven't the slightest clue how to tell you how to find me...oh well, on to the wishlist books!

All summaries are from Goodreads: 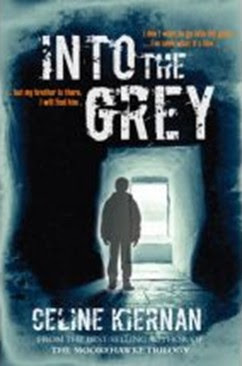 Into the Grey by Celine Kiernan


"A pacy, chilling ghost story from the creator of the internationally acclaimed Moorehawke Trilogy."

I love books with ghosts in them so I had to add this to the wishlist! 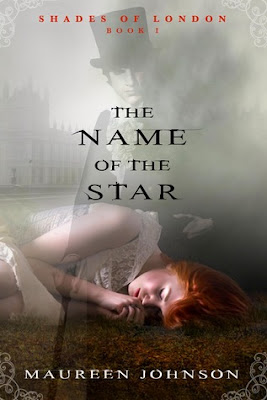 The Name of the Star by Maureen Johnson

"The day Louisiana teenager Rory Deveaux arrives in London marks a memorable occasion. For Rory, it's the start of a new life at a London boarding school. But for many, this will be remembered as the day a series of brutal murders broke out across the city, gruesome crimes mimicking the horrific Jack the Ripper events of more than a century ago.

Soon "Rippermania" takes hold of modern-day London, and the police are left with few leads and no witnesses. Except one. Rory spotted the man police believe to be the prime suspect. But she is the only one who saw him. Even her roommate, who was walking with her at the time, didn't notice the mysterious man. So why can only Rory see him? And more urgently, why has Rory become his next target? In this edge-of-your-seat thriller, full of suspense, humor, and romance, Rory will learn the truth about the secret ghost police of London and discover her own shocking abilities."

Oooh! This one sounds deliciously good. I can't wait to read it! 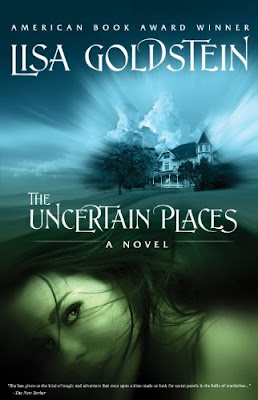 The Uncertain Places by Lisa Goldstein

"An ages-old family secret breaches the boundaries between reality and magic in this fresh retelling of a classic fairy tale. When Berkeley student Will Taylor is introduced to the mysterious Feierabend sisters, he quickly falls for enigmatic Livvy, a chemistry major and accomplished chef. But Livvy’s family—vivacious actress Maddie, family historian Rose, and their mother, absent-minded Sylvia—are behaving strangely. The Feierabend women seem to believe that luck is their handmaiden, even though happiness does not necessarily follow. It is soon discovered that generations previous, the Feierabends made a contract with a powerful, otherworldly force, and it is up to Will and his best friend to unravel the riddle of this supernatural bargain in order to save Livvy from her predestined fate."

I have this one checked out from the library right now and I am chomping at the bit to read it! Love the cover!! 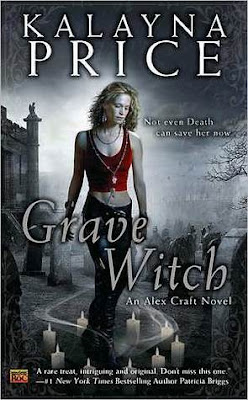 "As a grave witch, Alex Craft can speak to the dead-she's even on good terms with Death himself. As a consultant for the police, she's seen a lot of dark magic, but nothing has prepared her for her latest case. When she's raising a "shade" involved in a high profile murder, it attacks her, and then someone makes an attempt on her life. Someone really doesn't want her to know what the dead have to say, and she'll have to work with mysterious homicide detective Falin Andrews to figure out why.."

This is a book that I have been wanting to read for some time now. And now the 2nd book in the series is being released and I haven't even read the first book.


I'm pretty sure that there IS such a thing as too many books as I cannot wait to read these! And there are so many other books that I really want to read as well! So many books, so little time...I must admit that I'm not the most patient person and want to read all of these now! What books have you added to your wishlist lately???
Posted by samantha.1020 at 4:16 AM