April NetGalley Releases (On My TBR 2020) 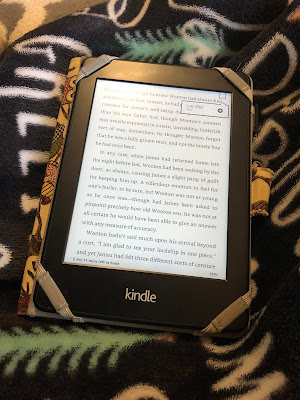 New books are always on my radar - that's just the truth of it!  I'm constantly adding books (both new and older titles) to my TBR list.  But I'm thinking about starting a new feature where each month I talk about a few of the upcoming releases that I've gotten from NetGalley or Edelweiss.  I get way too many books from those sites and wanted a way to share about them.  It's easier with print review copies where I can just snap a picture and post about here or on Instagram.  But I didn't want to leave out the e-books that I've gotten and want to squeal about with all of you either!  I may change this up but for now I'm going to give you the Goodread's summary and why I'm so excited to read each book.  Let me know in the comments if this is a type of post that you would like to see on a regular basis! 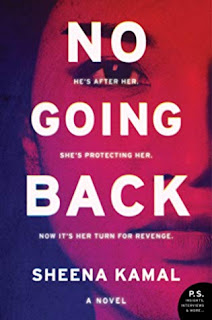 No Going Back by Sheena Kamal

"Nora Watts has a talent for seeing what lies beneath strangers’ surfaces, and for knowing what they’re working hard to keep hidden. Somehow, it’s the people closest to her she has trouble truly connecting with. In the case of Bonnie, the teenage daughter Nora gave up for adoption, she has to keep trying. For Bonnie has a target on her back—and it’s all because of Nora."

This is the 3rd book in what has become a favorite mystery series of mine!  I've been impatiently waiting for this book every since I finished the last page of the second book.  I shortened the Goodread's summary as it will spoil the earlier books if you haven't yet read them.  This IS a series that needs to be read in order but as there are currently only three books - I'm sure you can catch up easily.  And it will definitely be worth your time!  The first book is The Lost Ones if you are interested.  It's so good!

The Split by Sharon Bolton

"No matter how far you run, some secrets will always catch up with you...The remote Antarctic island of South Georgia is about to send off its last boat of the summer – which signifies safety to resident glaciologist Felicity Lloyd.Felicity lives in fear – fear that her ex-husband Freddie will find her, even out here. She took a job on this isolated island to hide from him, but now that he's out of prison, having served a term for murder, she knows he won’t give up until he finds her.But a doctor delving into the background of Felicity and Freddie's relationship, back in Cambridge, learns that Felicity has been on the edge for a long time. Heading to South Georgia himself to try and get to her first is the only way he can think of to help her."

I've yet to read a book by this author that I didn't love.  She is one of my absolute favorites so I was so excited to receive a e-copy of this one!  The premise of this one sounds intense and I cannot wait to see if it is going to be as good as it sounds!  If you haven't had the opportunity to try out this author's books yet, start with her Lacey Flint series.  The first book is titled Now You See Me (I think it is under S.J. Bolton rather than Sharon) but that entire series (4 books total) is SO GOOD! 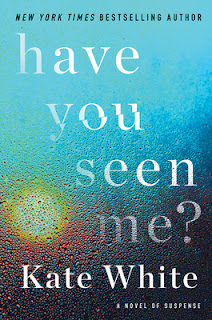 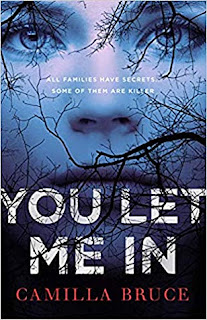 Have You Seen Me? by Kate White

"On a cold, rainy morning, finance journalist Ally Linden arrives early to work in her Manhattan office, only to find that she’s forgotten her keycard and needs to have a colleague she’s never met let her in. When her boss finally arrives, he seems surprised to see her—because she hasn’t worked there in five years."

Kate White is another author whose books I've enjoyed previously.  She has a series as well (the Bailey Weggins series) and some standalones - I haven't read everything that she has written yet but I would definitely like to.  I cut the above summary short as well but it was all I needed to know that I wanted to read this book!

You Let Me In by Camilla Bruce

"Cassandra Tipp is dead...or is she?
After all, the notorious recluse and eccentric bestselling novelist has always been prone to flights of fancy--everyone in town remembers the shocking events leading up to Cassie's infamous trial (she may have been acquitted, but the insanity defense only stretches so far).Cassandra Tipp has left behind no body--just her massive fortune, and one final manuscript."

This is a new to me author but this book has me SO intrigued!  It sounds kind of creepy and definitely right up my alley!  I also just adore that cover!  I just can't wait to see what this book is all about! 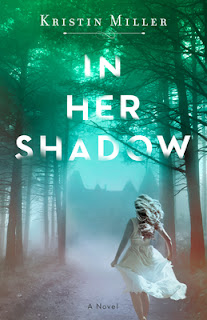 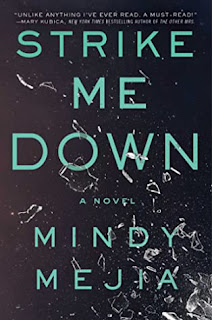 In Her Shadow by Kristin Miller

"Once his secretary, Colleen is now pregnant with Michael's baby. When he brings her to his opulent estate, Ravenwood, she is abruptly thrust into a life of luxury she's never known. But Colleen finds the immense house suffused with the memory of Michael's beautiful wife, Joanna, who left months ago and who haunts her imagination. It quickly becomes apparent that there is little room for a new mistress of this house: The staff greets her with hostility, and there are entire wings and corridors from which she is prohibited to enter.Then bones are unearthed in the grove across the street."

It sure feels like gothic novels are making a comeback in 2020 and I am HERE for it!  This cover...that premise...I am so excited to read this one!  It's kind of giving me some Rebecca vibes as well which makes me want to reread that one sometime in the near future.

Strike Me Down by Mindy Mejia

"Nora Trier catches thieves. As a forensic accountant and partner in her downtown Minneapolis firm, she’s unearthed millions in every corner of the world. She prides herself on her independence, the most essential currency of accounting, until her firm is hired by Strike.
An anti-corporate, feminist athletic empire, Strike is owned by Logan Russo, a brash and legendary kickboxer, and her marketing genius husband, Gregg Abbott. They’re about to host a major kickboxing tournament with twenty million dollars in prize money, and the chance for the champion to become the new face of the company. Gregg suspects his wife already has a new face in mind—a young trainer named Aaden, for whom Logan feels an unexpected connection.Days before the tournament begins, it’s discovered that the prize money is missing. Gregg hires Nora’s firm to find both the thief and the money but Nora has a secret connection to Strike that threatens her independence. Her partner pressures her into taking the case anyway, hinting he has information about Strike that could change the course of the investigation in a shocking and deadly way."

I read and really enjoyed this author's 1st book a few years back - Everything You Want Me To Be.  I've been wanting to read more by her every since!  I really like the sound of this one so I'm looking forward to reading this one soon!

There you have it - six of the books that I've gotten from NetGalley and Edelweiss that I'm super excited to read and that are coming out next month.  I'm actually planning on participating in a #Netgalleyspringclean challenge on Instagram next month.  That means I'm really going to focus on getting some of these books read in the very near future.

Are there any April releases that you are excited about?