I swear that I am about to go book crazy this year! There are just SO MANY books coming out that I want to get my hands on. So expect a lot of these posts this year as I highlight the books that I can't wait to get my hands on. And I'll always include oldies that I've somehow missed but want to read in the near future :) 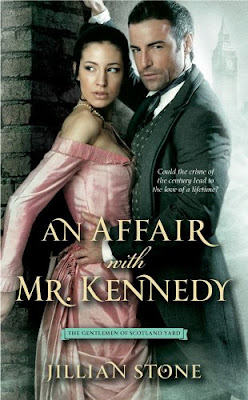 An Affair with Mr. Kennedy by Jillian Stone

"London, 1887. Part stoic gentleman, part fearless Yard man, Zeno “Zak” Kennedy is an enigma of the first order. For years, the memory of a deadly bombing at King’s Cross has haunted the brilliant Scotland Yard detective. His investigation has zeroed in on a ring of aristocratic rebels whose bloody campaign for Irish revolution is terrorizing the city. When he discovers one of the treacherous lords is acquainted with his free-spirited new tenant, Cassandra St. Cloud, his inquiry pulls him unexpectedly close to the heart of the conspiracy—and into the arms of a most intriguing lady. Cassie is no Victorian prude. An impressionist painter with very modern ideas about life and love, she is eager for a romantic escapade that is daring and discreet. She sets her sights on her dour but handsome landlord, but after she learns their meeting was not purely accidental, she hardly has a chance to forgive her lover before their passionate affair catapults them both into a perilous adventure."

This one comes out at the end of this month and I'm chomping at the bit to get my hands on it. Look at that cover!!! I'm blaming Jackie over at Literary Escapism for adding this one (and two others on my list) to my wishlist. 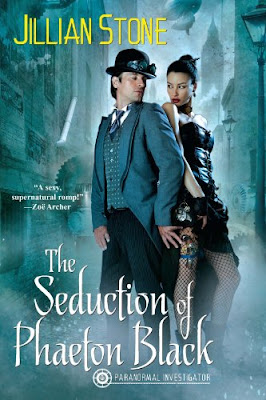 The Seduction of Phaeton Black by Jillian Stone

"In the gaslit streets of Victorian London, phantoms rule the night, demons dance till dawn, and one supernatural detective dares to be seduced by the greatest power of all. . ."

I cut the summary down because all I needed to do was read this first part and knew that I wanted to read this book. Same author as listed above.....and a new find for me! I love this cover as well and it hints at steampunk...so excited! 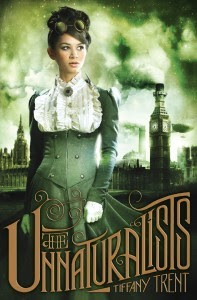 The Unnaturalists by Tiffany Trent

"In an alternate London where magical creatures are preserved in a museum, two teens find themselves caught in a web of intrigue, deception, and danger.

Vespa Nyx wants nothing more than to spend the rest of her life cataloging Unnatural creatures in her father’s museum, but as she gets older, the requirement to become a lady and find a husband is looming large. Syrus Reed’s Tinker family has always served and revered the Unnaturals from afar, but when his family is captured to be refinery slaves, he finds that his fate may be bound up with Vespa’s—and with the Unnaturals. As the danger grows, Vespa and Syrus find themselves in a tightening web of deception and intrigue. At stake may be the fate of New London—and the world."

Love, love, love this cover! I told you that 2012 was going to be an awesome year of books, right?? It most definitely is! 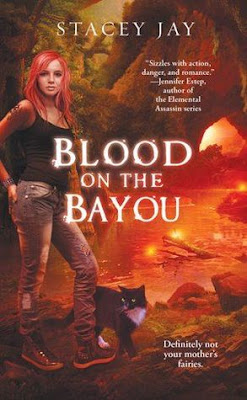 Blood on the Bayou by Stacey Jay

It's only been three weeks since Annabelle helped solve the murder of Grace Beauchamp, and in the process, she discovered a secret world of invisible, magic-working people who have decided she might have what it takes to join their ranks. "

Sequel to Dead on the Delta which was on my top ten list for last year. Need I say more??? 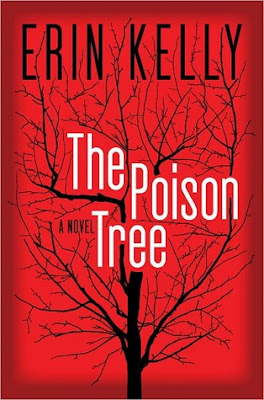 The Poison Tree by Erin Kelly

"From an incredible new voice in psychological suspense, a novel about the secrets that remain after a final bohemian summer of excess turns deadly.

This taut psychological thriller begins when Karen and her nine-year- old daughter, Alice, pick up Rex from a ten-year stint in prison for murder. Flash back to the sultry summer in 1990s London when Karen, a straight-A student on the verge of college graduation, first meets the exotic, flamboyant Biba and joins her louche life in a crumbling mansion in Highgate. She begins a relationship with Biba's enigmatic and protective older brother, Rex, and falls into a blissful rhythm of sex, alcohol, and endless summer nights. Naïvely, Karen assumes her newfound happiness will last forever. But Biba and Rex have a complicated family history-one of abandonment, suicide, and crippling guilt-and Karen's summer of freedom is about to end in blood. "

I've had this one on my radar for awhile now but I saw a review at Coffee and a Book Chick and decided that I just couldn't wait any longer to read it. I put it on hold at the library and am eagerly waiting for it come in.

There you have it....some of the books that I am just waiting to get my hands on in the near future. Books, books, and more books! I'm going to drown in books one of these days :) What are you looking forward to reading this year??
Posted by samantha.1020 at 6:36 AM