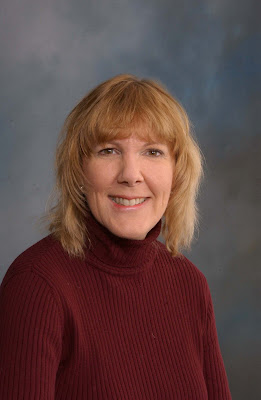 How fun to have yet another author blogging today. I should have made March guest author post month or something fun like M.G.A.P. (ok, that wasn't very fun but it was the best that I came up with). Today, I am lucky enough to share a post from Terry Spear, author of Destiny of the Wolf. I just posted my review of this book so when you are finished reading this go check it out :0) And without further ado...

Ever read a story that doesn’t have one? If so, was it booooring? We’ve got to have them to make the reader want to see what happens in this lifetime, not the next!

In Lord of the Rings, the ring must be destroyed before the evil guy gets hold of it.

In Gone with the Wind, Scarlet O’Hara has to save her plantation home before she loses it.

In Destiny of the Wolf, the heroine is determined to discover who murdered her sister and make the villain pay. But not only does that person not want her to expose him for what he is, her own pack is looking for her and they’re bad news. She knows the longer she stays in the area, the greater chance she has of ending up like her sister or getting caught by her pack and forced to return home against her will. So there’s definite immediacy to the situation.
Excerpt from Destiny of the Wolf:
“More than ever, she had to avenge her sister’s murder and leave. The longer she stayed, the higher the risk Bruin would locate her. Probably Darien would want to contact the leader and tell him what happened to her sister and Lelandi. Sense of honor. Then Bruin would force her to return home.”

In Heart of the Wolf, Bella has to leave her pack behind in a hurry. Not tomorrow. But now. Excerpt:

“She bolted, with her legs stretched far out, her heart pounding, her breath steady, but her mind frantic...her only chance was to toss her clothes and run like the wolf.”

So when creating a story, I factor in urgency, which helps to create conflict. Think of a scenario where a Cub Scout is baking a cake from scratch and everything works out fine. No urgency, no conflict. Boring. But let’s say the Cub Scout has all the ingredients out but one, and that one isn’t in the kitchen. And the cake has to be ready in two-hours time. And we live in the country. So it takes half an hour driving time just to run into town to get the missing ingredient. Let’s say the ingredient is now in the kitchen, and the Cub Scout makes the cake, trims it into a Star Wars spaceship. It’s sitting nice and pretty on the high kitchen counter waiting for the icing, and then will be taken to the Bake Auction, which is one of the most fun Cub Scout events they have. But his standard poodle who is a chocolate stealing thief swipes it. Okay, now yes I write urban fantasy. But yes, this is a totally true story. And yes, the dog got sick, which is the reason we had the cake up on the high counter. But that didn’t detour her and we never thought in a million years she’d do that anyway.

So we have even greater urgency. The Bake Auction is looming even closer. Cub Scout is at wits end. It has to be a cake made from scratch, but there’s not enough time to make another one like that. So we whip out the box cake mix and despite being so disappointed that he’s “cheating” with making a box cake, he starts all over.

Ticking time bombs. They have to be sprinkled throughout the story to make it work. So what happened with the Star Wars cake? Friends kept bidding the price higher so that the Cub Scout’s dad HAD to buy it at the highest price at the auction. Had to! Because the Cub Scout had to have a piece of that cake that he’d worked so hard to make—twice.

So can you think of books that kept you riveted in your seat because of the time bombs planted throughout the story?

Thanks so much for dropping by and hope you will check out my books that are filled with conflict, romance, and mystery!

Terry Spear
And join me at this locations, too!
www.terryspear.com
http://wickedlyromantic.blogspot.com
http://casablancaauthors.blogspot.com
http://shapeshifterromance.wordpress.com/
http://www.myspace.com/terryspear
http://twitter.com/TerrySpear
http://www.facebook.com/profile.php?id=698072929http://www.myspace.com/terryspear
http://wickedlyromantic.blogspot.com/2009/03/talk-about-sexual-frustration.html (Here I'm talking about sexual frustration in the strangest of places! But check out our Mascot, AKA The Blond Muddy Guy!)
I just want to thank Terry Spear for this post and taking the time out to write it. I didn't realize that there was another book out by her (Heart of the Wolf) and I am going to have to reserve it at the library. Thanks again Terry!!!
Posted by samantha.1020 at 4:57 PM