I'm here for round two of sharing my thoughts on the books that I read in January.  As February is just about over, I kinda need to get moving on these posts a bit faster or I will be months behind before I know it.  Luckily (or unluckily - depends on the day and how I look at it) I've only finished two books so far in February so I may not be as behind as it feels like if I don't end up finishing at least one more book.  That remains to be determined but here are my thoughts on two more of the books that I read in January. 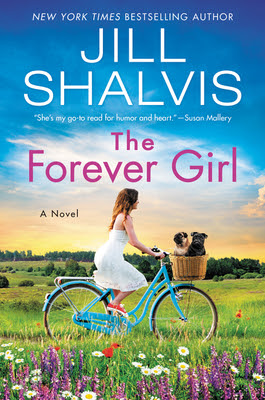 The Forever Girl by Jill Shalvis

"When Maze returns to Wildstone for the wedding of her estranged bff and the sister of her heart, it’s also a reunion of a once ragtag team of teenagers who had only each other until a tragedy tore them apart and scattered them wide.

Now as adults together again in the lake house, there are secrets and resentments mixed up in all the amazing childhood memories. Unexpectedly, they instantly fall back into their roles: Maze their reckless leader, Cat the den mother, Heather the beloved baby sister, and Walker, a man of mystery. Life has changed all four of them in immeasurable ways. Maze and Cat must decide if they can rebuild their friendship, and Maze discovers her long-held attraction to Walker hasn’t faded with the years but has only grown stronger."
My Thoughts:
I've become a huge fan of the Wildstone series and this book is the latest addition to it.  I started this series (although I say series loosely...as far as I can tell the only thing that connects each book is Wildstone itself) in the middle and I'm completely hooked at this point.  Each book has featured characters that I cannot help but care about with storylines that keep me turning the pages.  In this book, we meet Maze, Cat, Walker, and Heather who all spent one wonderful year together as kids but that year ended in a horrible tragedy.  As adults they are still dealing with the fallout of that year and their relationships with one another.  Maze and Walker have always had a certain chemistry to their relationship but for better or worse things have kept them apart.  Oh but how I adored watching them work towards trying to find their happy ending together.  They both had a lot of deep rooted issues that came from their childhood and being a part of the foster care system.  What made this book really great for me though was besides these two great characters we also had both Cat and Heather.  I spent my entire time reading this book rooting for Maze and Walker but also for Cat and Heather to figure out their relationships as well.  I'm trying not to say too much here but there was a lot going on for all of these characters.  I honestly could have read a book that focused just on Heather and a certain someone and their relationship.  I won't say more than that.  And while this book had a serious side due to all of the issues that these characters were dealing with (like things from their past and that shared tragedy), this book also had me laughing out loud at times.  The bachelorette party scene was absolutely priceless!  At this point, I've enjoyed this series so much that I instantly add the next upcoming book to my TBR after finishing the latest book.  I really need to grab the earlier books in this series and catch up on them as well.  I think that fans of contemporary romance and women's fiction especially shouldn't sleep on this series.  It's so good and just the perfect blend of romance and relationships!  Highly recommended!
Bottom Line:  Another great addition to what has become one of my favorite romance series!
Disclosure: I received a copy of this book thanks to the publisher and NetGalley.  Honest thoughts are my own.
CW: Loss of a sibling, abuse, loss, foster care, trust issues 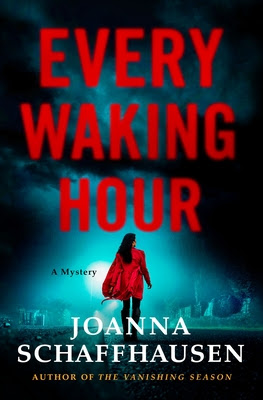 Every Waking Hour by Joanna Schaffhausen
Summary from Goodreads:
"After surviving a serial killer’s abduction as a young teenager, Ellery Hathaway is finally attempting a normal life. She has a new job as a rookie Boston detective and a fledgling relationship with Reed Markham, the FBI agent who rescued her years ago. But when a twelve-year-old girl disappears on Ellery’s watch, the troubling case opens deep wounds that never fully healed.Chloe Lockhart walked away from a busy street fair and vanished into the crowd. Maybe she was fleeing the suffocating surveillance her parents put on her from the time she was born, or maybe the evil from her parents’ past finally caught up to her. For Chloe, as Ellery learns, is not the first child Teresa Lockhart has lost.Ellery knows what it’s like to have the past stalk you, to hold your breath around every corner. Sending one kidnapped girl to find another could be Chloe’s only hope or an unmitigated disaster that dooms them both. Ellery must untangle the labyrinth of secrets inside the Lockhart household—secrets that have already murdered one child. Each second that ticks by reminds her of her own lost hours, how close she came to death, and how near it still remains."
My Thoughts:
I am so completely hooked on this series at four books in!  I really cannot get enough of it and these characters!  Every book in this series has been a page turner that I could not set down and this book was no different.  Let's start off with the fact that this is book four and a bit hard to share my thoughts on without sharing spoilers (but I shall do my best).  I do think that this is a series best read in order if possible.  The author does a good job of catching you up if you haven't had the chance to read the earlier books but I just feel like you would really be missing out - especially when it comes to understanding Ellery as a character.  Everything that she has gone through in her life has led her to where she is "today" as this book begins.  And she just cannot run from her past and how it still effects her life which makes the case she gets drawn into investigating that much more personal for her.  I flew through the pages of this book.  I just needed to know how it was all going to end.  I like that Ellery's world is opening up a bit even if she doesn't feel like she is ready for it.  We saw more of characters from previous books and I hope that continues because it means Ellery is finally starting to move on more from her past.  The ending made me a bit sad (but I understood) until it didn't because I was like WHAT?!?  And now I'm just sitting here pining away for the next book in this series....because gah!  Yep, it that ending left me with no words and I NEED book five ASAP! Do yourself a favor and pick this series up soon but start with The Vanishing Season because reading them all in order is completely worth it!
Bottom Line: This book was everything that I've come to expect from this series in the best of ways.  A personal favorite mystery series of mine for a reason!
Disclosure:  I received a copy of this book from the publisher.  Honest thoughts are my own.
CW: Missing child, death of a child, serial killer, cancer
Posted by samantha.1020 at 1:30 AM