I thought that I would try something different this year and share my thoughts on the books that I read each month all in one go.  Maybe I will have months where I read a ton and split the posts up or I might let things carry over from each month.  I just really, really want to get into the habit of sharing about ALL of the books that I read and not just some of them.  I might share full reviews for certain books depending on if I have more to say...but we will cross that bridge when I come to it. EDITED to add:  I started this post off completely optimistic thinking I would share about ALL of the books that I read in January - and then never finished the post.  We will see how the year goes on but here are my thoughts on the 1st two books that I read in January: 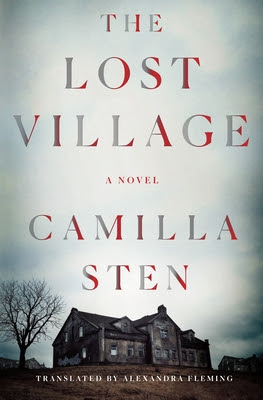 Summary from Goodreads:
"Documentary filmmaker Alice Lindstedt has been obsessed with the vanishing residents of the old mining town, dubbed “The Lost Village,” since she was a little girl. In 1959, her grandmother’s entire family disappeared in this mysterious tragedy, and ever since, the unanswered questions surrounding the only two people who were left—a woman stoned to death in the town center and an abandoned newborn—have plagued her. She’s gathered a small crew of friends in the remote village to make a film about what really happened.But there will be no turning back.Not long after they’ve set up camp, mysterious things begin to happen. Equipment is destroyed. People go missing. As doubt breeds fear and their very minds begin to crack, one thing becomes startlingly clear to Alice:They are not alone."
My Thoughts:

Wow, wow, wow!  This was one of my most anticipated reads for 2021 and it definitely didn't disappoint!  I absolutely loved this book - it's just that easy to say!  All I can think is that if this is the author's debut, then I cannot wait to see what she comes up with next!  If you read the above summary, the premise for me was just irresistible.  The comparison on the back of the book to The Blair Witch Project was spot on when it came to the atmosphere that was present throughout this book.  I just knew that I needed to pick up this book, and see what in the heck was going on.  Let me just say that I was not disappointed in the answers that I got!  But what made this book absolutely brilliant for me was the creeping dread that the author built up in this book from the very beginning pages.  This book was a slow burn in the best of ways.  I am HERE for all of the creepy, slow burns like this so please give me all of your recommendations.  Simply put: I need more books like this in my life!  One of the things that I really enjoyed about this book was the premise.  The idea of an entirely abandoned village was just delightfully creepy to think about.  I also really enjoyed the fact that this book was told in two parts.  One was in current day with Alice and her crew and the second part was told in the past from the viewpoint of a woman named Elsa.  I really liked the way that these two storylines tied together.  The feeling of dread that just kept building especially towards the end had me reading as fast as I could.  And the ending was perfection in my opinion.  It's a month later and I'm still thinking about this book.  What a way to start off my year of reading in 2021!

Bottom Line:  A standout way to start off my reading year - I would be very surprised not to see this book on my best reads list at the end of 2021!

CW: Murder, abuse, religious elements (hard to explain without spoilers so message me if you need to know more) 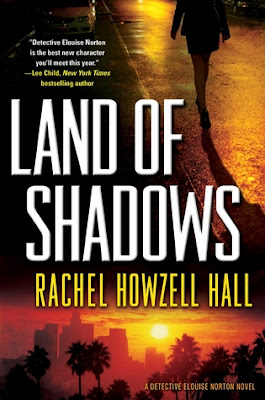 "Along the ever-changing border of gentrifying Los Angeles, a seventeen-year-old girl is found dead at a construction site, hanging in the closet of an unfinished condominium.

Homicide detective Elouise “Lou” Norton’s new partner Colin Taggert, fresh from the Colorado Springs police department, assumes it’s a teenage suicide. Lou isn’t buying the easy explanation. For one thing, the condo site is owned by Napoleon Crase, a self-made millionaire… and the man who may have murdered Lou’s missing sister thirty years ago. As Lou investigates the death of Monique Darson, she uncovers undeniable links between the two cases. She is convinced that when she solves Monique’s case she will finally bring her lost sister home. But as she gets closer to the truth, she also gets closer to a violent killer. After all this time, can he be brought to justice… before Lou becomes his next victim?"
My Thoughts:
Land of Shadows is the 1st book in the Detective Elouise Norton series.  I've read two of this authors books previously (both standalones) and enjoyed them so much that I knew that I wanted to dive into her backlist.  I'm really glad that I did because I enjoyed this book a lot.  Lou's character is one that I instantly liked.  She didn't take crap from anyone and knew that she was good at her job for a lot of different reasons.  I love a mystery series focused on a strong female lead detective - this is like my reading catnip.  Lou has a darker past though because years ago her sister went missing and she still doesn't have the answers she has been searching for.  Then she gets assigned to this case and it seems like the two cases are tied together even though her sister went missing so long ago.  This book was a definite page turner!  I found myself really hooked by the premise and the way that this book was set up.  Parts of the book were set in the past leading up to Lou's sister's disappearance and then the other parts of the book were focused on Lou's current investigation.  I had no idea where it was all going and I couldn't stop reading as I just had to find out.  My one complaint with this book was there was a bit of inappropriate language (I really don't know how else to explain it).  This is an older book - it was published back in 2014 - so maybe it wasn't considered offensive back then but I did want to mention it.  One of the things that this book did so well though is that it made me sit back and think.  The author makes a point of looking at the reasons why the police didn't really look into her sister's disappearance that closely - it's a poignant look at how differently these types of case are treated when it is a girl of woman of color that goes missing.  I definitely will be continuing on with this series.  Rachel Howzell Hall is an author not to be missed!
Bottom Line: A really solid beginning to this new to me mystery series!
CW: Suicide, murder, cheating, derogatory language, loss of a child, death
Disclosure:  I checked this book out from my local library.  Honest thoughts are my own.
Posted by samantha.1020 at 1:30 AM