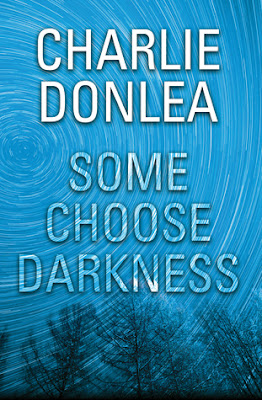 "The truth is easy to miss, even when it’s right in front of us. As a forensic reconstructionist, Rory Moore sheds light on cold-case homicides by piecing together crime scene details others fail to see. Cleaning out her late father’s law office a week after his burial, she receives a call that plunges her into a decades-old case come to life once more.
In the summer of 1979, five Chicago women went missing. The predator, nicknamed The Thief, left no bodies and no clues behind—until police received a package from a mysterious woman named Angela Mitchell, whose unorthodox investigation skills appear to have led to his identity. But before police could question her, Angela disappeared. Forty years later, The Thief is about to be paroled for Angela’s murder—the only crime the DA could pin on him. As a former client of her father’s, Rory becomes reluctantly involved with the killer—though he continues to insist he didn’t murder Angela. Now he wants Rory to do what her father once promised: prove that Angela is, in fact, still alive.As Rory begins reconstructing Angela’s last days, another killer emerges from the shadows, replicating those long-ago murders. With every startling discovery she makes, Rory becomes more deeply entangled in the enigma of Angela Mitchell—and in The Thief’s tormented mind. Drawing connections between past and present is the only way to stop the nightmare, but even Rory can’t be prepared for the full, terrifying truth that is emerging . . "

What a page turner this book was!  I picked this book up because I was in the mood for a thriller and had been hearing good things about this book.  It definitely didn't disappoint!  One of the things that I enjoyed about this book was the short chapters that kept me unable to set this book down.  The book was fast paced to begin with - then you add in the short chapters and I just couldn't stop reading.  I also really liked Rory's character.  She was unique in ways that I didn't expect but it left me so intrigued by her character.  The book is told in two parts - one is Rory's current investigation into what happened to Angela Mitchell and the other part is told from Angela Mitchell's viewpoint so many years ago.  The author went between the two storylines seamlessly and in a way that just added to the overall level of suspense.  I remember thinking when I finished this book (which is sadly a few months ago now) that this is what a good suspenseful mystery/thriller should be like.  It was just that kind of book!  I didn't want to stop reading, couldn't wait to see what happened next, and was completely invested in how everything was going to turn out.  What more could you really ask for?

I don't want to give anything away so I'm going to leave my thoughts on this one short and sweet.  It's an author that I cannot wait to read more of though and a book that made it on my top reads list for 2019.  I'm excited that I have backlist books of his to look forward to plus I believe he has a new one releasing in 2020.  I'll definitely be keeping that book high on my radar after enjoying this one so much!  Highly recommended!

Disclosure:  I received a copy of this book courtesy of the publisher and NetGalley.  I ended up reading a copy courtesy of my local library.  Honest thoughts are my own.