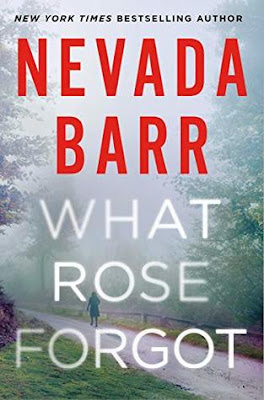 "Rose Dennis wakes up in a hospital gown, her brain in a fog, only to discover that she's been committed to an Alzheimer's Unit in a nursing home. With no memory of how she ended up in this position, Rose is sure that something is very wrong. When she overhears one of the administrators saying about her that she's "not making it through the week," Rose is convinced that if she's to survive, she has to get out of the nursing home. She avoids taking her medication, putting on a show for the aides, then stages her escape.

The only problem is—how does she convince anyone that she's not actually demented? Her relatives were the ones to commit her, all the legal papers were drawn up, the authorities are on the side of the nursing home, and even she isn't sure she sounds completely sane. But any lingering doubt Rose herself might have had is erased when a would-be killer shows up in her house in the middle of the night. Now Rose knows that someone is determined to get rid of her.
With the help of her computer hacker/recluse sister Marion, thirteen-year old granddaughter Mel, and Mel's friend Royal, Rose begins to gather her strength and fight back—to find out who is after her and take back control of her own life. But someone out there is still determined to kill Rose, and they're holding all the cards."
My Thoughts:
This is honestly one of the most fun books that I've read all year!  I feel like I haven't read a lot of books featuring older main characters - Mrs. Pollifax's character by Dorothy Gillman is the first one that comes to mind.  It's a shame because there is something to be said about a main character that has lots of life experiences behind them already.  But I'm going off on a tangent there - anyways - I really, really enjoyed Rose's character.  I don't think that it is too spoiler-ey to say that at first as the reader I wasn't sure if Rose had dementia or really what was going on.  She isn't the most reliable of main characters mainly because her memory is so spotty thanks to all of the medications that she was on while in the nursing home.  As the reader I wasn't sure if I could trust Rose's memories or even fully trust the reality of the events as they were happening which added a layer of suspense to the book.  The thing about this book though was that reading about Rose's adventures was just so much fun!  I could never tell what she was going to do next!  Plus, you know that she in danger so it made me read even faster because I wanted to make sure that everything was going to turn out okay for her.  I also really loved her granddaughter who was just as spunky as Rose is and her sister Marion.  The book was also really fast paced so I flew through the pages of it.  I actually had to slow down a couple of times and go back to reread sections of the book because I reading too fast just trying to see what was going to happen next!  When I think back on this book, it makes me smile so that should really tell you all that you need to know in my opinion!

Overall, I found this to be a delightful and suspenseful read that kept me turning the pages the entire time!  It was a fun book to read and a nice change of pace from the thrillers that I tend to read.  This book is more of a suspenseful mystery and it was just what I needed to change things up a bit.  I really enjoyed this book and it was a nice reminder that I need to get back to her Anna Pigeon series very soon!

Bottom Line:  What else to say besides that this book was just a delight to read?