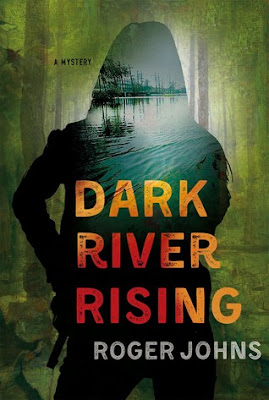 "A tense and expertly-plotted debut mystery set against the bayous of Louisiana.

Baton Rouge Police Detective Wallace Hartman has had better days. With her long-time partner and mentor on medical leave and a personal life in shambles, she’s called to the scene of a particularly gruesome murder: the body of a known criminal has been found in a deserted warehouse, a snake sewn into his belly. Obvious signs of torture point to a cunning and cold-blooded killer who will stop at nothing to find what he’s looking for.

When Federal Agent Mason Cunningham arrives on the scene, Wallace expects a hostile takeover of the case. But when a scientist with ties to the victim goes missing from a government lab, she needs Mason’s federal connections as much as he needs her local insight, and the two form an uneasy partnership to solve a case that grows more complicated—and dangerous—by the minute.

Meanwhile, the killer lurks in the shadows with an agenda no one saw coming, and when Wallace and Mason threaten to get in the way they risk losing everything they hold dear. Including their lives."

I picked this book up off of the library new releases shelf purely based off of that cover and the above summary.  I hadn't heard about it previously so it was one of those rare library finds that I can't help but adore when it happens.  It feels like serendipity!  I'm glad that I brought it home with me because I really enjoyed this one.  Wallace is a detective investigating the brutal death of a known drug dealer when Mason enters into her investigation.  He has his own federal investigation relating to drugs as well but they soon find that the two tie in together.  I enjoyed my time reading this book because it was different than the usual mysteries I read.  I mean there was a murder but really they were trying to figure out what was going on in the drug world.  Was there possibly a drug war about to begin?  I also really, really liked both of the main characters.  Wallace has had some bad things happen to her in the past which she is still working on dealing with. And Mason just wasn't your typical federal agent that you read about in other books.  I loved the way that they worked with each other and the relationship that developed between them.  It was all just really great to read about!  I also really appreciated the ending of this book.  I didn't see any of it coming until I was supposed to so I was very surprised by the ending.  I could definitely read more about these characters so I would love if this author made this into a series!  As far as I can tell it is currently just a standalone but I can sure wish otherwise!

Overall, I really enjoyed this book and would love to read more!  I'm really glad that I decided to bring this one home from the library and didn't let it go back unread.  It was an enjoyable read and I'm looking forward to seeing what else this author comes up with in the future.  It had a really great mystery at the heart of it and an ending that I just didn't see coming.  I would recommend this book to both thriller and mystery fans.  It was a great choice and I need more books like this in my life.

Bottom Line:  An enjoyable mystery with characters that I want more of!

Disclosure:  This book came from my local public library.