I couldn't remember the last time that I did one of these posts so I looked and it has been months.  Months and all of these glorious books coming out that I just keep adding to my wishlist.  It is almost a bit ridiculous when you look at my to read list on Goodreads but it sure doesn't stop me from adding more!  I will admit that one of my favorite things to do is find new releases to pine over.  Here are just a few of the books that I'm currently pining over: 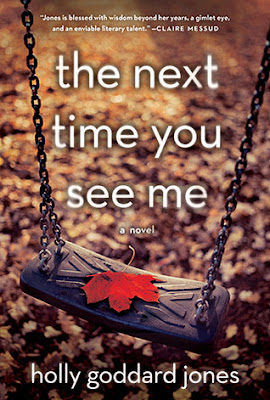 The Next Time You See Me by Holly Goddard Jones

"The Next Time You See Me is the story of how one woman’s disappearance exposes the ambitions, prejudices, and anxieties of a small southern town and its residents, who are all connected, sometimes in unexpected ways. Emily; Susannah; Tony, a failed baseball star-turned-detective, aspiring to be the county’s first black sheriff; and Wyatt, a fifty-five-year-old factory worker tormented by a past he can’t change and by a love he doesn’t think he deserves. Their stories converge in a violent climax that reveals not just the mystery of what happened to Ronnie but all of their secret selves." 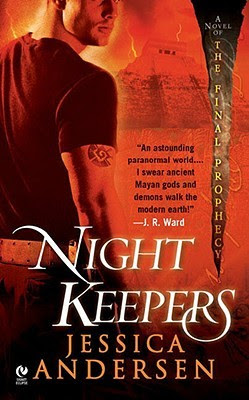 "The end of time looms, and Mayan demons have surfaced from the underworld to trigger an apocalypse. But as the final day approaches, the descendants of ancient warrior-priests prepare to fight back....

As a Miami narcotics detective, Leah Daniels never knows how her day will turn out. But she certainly doesn't expect to be strapped to a stone altar as the human sacrifice in an ancient Mayan ritual meant to coax a demon from the underworld - or to be saved by a handsome warrior-priest king, who claims to recognize her from his visions."

I have been wanting to read this one for some time but sadly my library system doesn't have a copy.  I'm thinking that I'm going to have to pick it up from the bookstore the next time that I'm there.  It just sounds so good and I'm in the mood for some paranormal romance!  Plus, (and don't ask how this has happened) but it seems that I have a different book in this series already sitting on my shelves.  I don't know how I always manage to do that but now I definitely NEED this book as well! 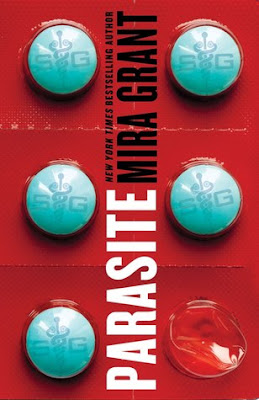 "A decade in the future, humanity thrives in the absence of sickness and disease.

We owe our good health to a humble parasite - a genetically engineered tapeworm developed by the pioneering SymboGen Corporation. When implanted, the tapeworm protects us from illness, boosts our immune system - even secretes designer drugs. It's been successful beyond the scientists' wildest dreams. Now, years on, almost every human being has a SymboGen tapeworm living within them.

But these parasites are getting restless. They want their own lives... and will do anything to get them."

OH. MY. GOD!!!!!!!  I am so FLIPPING excited to hear that Grant has a new book coming out!!!!  Now, I can finally read Blackout because I'll have a different book to look forward to.  This is a must read for me and I'm already chomping at the bit waiting to get my hands on it.  Seriously, I NEED this book!!! I WANT this book!  Ugh...how am I going to possibly wait until October for this book to release?  Oh yeah, and it even sounds good too :) 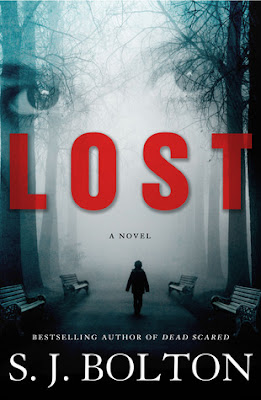 "Like everyone reading the newspapers these days, 11-year-old Barney Roberts knows the killer will strike again soon. The victim will be another boy, just like him. The body will be drained of blood, and left somewhere on a Thames beach. There will be no clues for London detectives Dana Tulloch and Mark Joesbury to find. There will be no warning about who will be next. There will be no real reason for Barney’s friend and neighbor, Lacey Flint, on leave from her job as a London police detective, to become involved…and no chance that she can stay away. With the clock ticking, the violence escalating, and young lives at stake, Lacey and Barney both know they can’t afford a single wrong step if they hope to make it through alive."

This may be the BEST wishlist post EVER!!!!  ANOTHER new read from one of my favorite authors!!!  Both of the books that I have read by this author have been five star reads so I'm literally bouncing in my seat just thinking about this book!  Yay, yay, yay, yay!   At this point, I'm convinced that I NEED all of the books!  All of them!!!!  At least this one is releasing in May which is a lot closer than October! 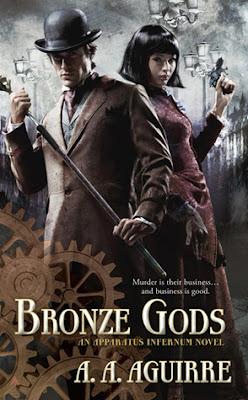 "Janus Mikani and Celeste Ritsuko work for the Criminal Investigation Department, keeping citizens safe from things that go bump in the night. He’s a hardboiled cynic with an uncanny sixth sense; she’s determined to justify her promotion as the first female detective in her division. Together, they’re trying to keep a black tide from drowning the city.

But when the second body surfaces, murdered with the same type of infernal device, the entire CID must face the truth. There’s a madman on the loose, twining magic and blood… and only Mikani and Ritsuko can unravel the intricate, lethal conspiracy before the Royale killer completes his macabre plan, unleashing old, forbidden magic on an unsuspecting populace. If the maniac succeeds, it could mean the end of everything…"

Now what would a wishlist post be without some steampunk?  I'm a huge fan (as I'm sure you guys know) and feel like this is a MUST read!  Besides, how awesome is this cover????  I want this one!  I NEED this one!!!  I feel a common there here...all of the books, you guys.  All of the books!

Okay, I need to stop here or I'm just going to keep pining over books that haven't released yet.  Aack!  Now I'm starting to remember why I don't do these kinds of posts so often.  It is going to be bad on my bank account because these are some books that I HAVE to have!  At least it means that I have lots of good reading to look forward to!  What books have you added to your wishlists lately???
Posted by samantha.1020 at 4:30 AM