I feel like I basically want to read ALL of the books ALL of the time.  We are getting close to the end of the year and there are still just so many books that I want to read that I haven't read yet.  Why then am I still off searching for even more great books that I want to try?  It is an addiction.....a bookish addiction.  I suppose it could be worse so really I'm not going to complain but instead share all of the recent books that I've added to my TBR list recently.  And just be warned that this isn't all of them but instead the ones I want to read the most right now.  Ha! 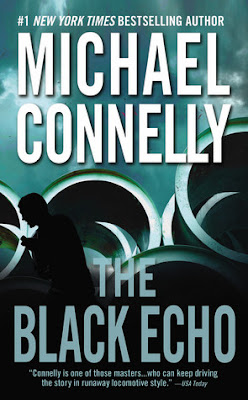 The Black Echo by Michael Connelly

"For maverick LAPD homicide detective Harry Bosch, the body in the drainpipe at Mulholland Dam is more than another anonymous statistic. This one is personal...because the murdered man was a fellow Vietnam "tunnel rat" who had fought side by side with him in a hellish underground war. Now Bosch is about to relive the horror of Nam. From a dangerous maze of blind alleys to a daring criminal heist beneath the city, his survival instincts will once again be tested to their limit. Pitted against enemies inside his own department and forced to make the agonizing choice between justice and vengeance, Bosch goes on the hunt for a killer whose true face will shock him."

This is a long standing series that has been on my radar for awhile now but all of a sudden is just calling my name.  There was another blogger that read the entire series within a year which makes me want to read this first book even more.  I might just have to make this happen ASAP! 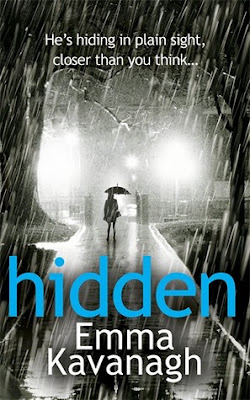 A gunman is stalking the wards of a local hospital. He's unidentified and dangerous, and has to be located. Urgently.

Police Firearms Officer Aden McCarthy is tasked with tracking him down. Still troubled by the shooting of a schoolboy, Aden is determined to make amends by finding the gunman—before it's too late.

To psychologist Imogen, hospital should be a place of healing and safety—both for her, and her young niece who's been recently admitted. She's heard about the gunman, but he has little to do with her. Or has he?

As time ticks down, no one knows who the gunman's next target will be. But he's there. Hiding in plain sight. Far closer than anyone thinks...

As time ticks down, no one knows who the gunman's next target will be. But he's there. Hiding in plain sight. Far closer than anyone thinks..."

I basically added this one as soon as I read the summary because I love a good thriller.  This sounds SO. GOOD.  So, so good and I want to read it so badly.  I'm not even sure if this one is available in the U.S. so I might be waiting a bit.  But I can tell you that I will be ordering a copy at some point because like I said before...must read! 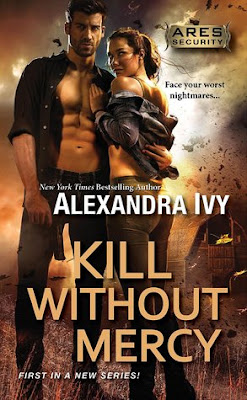 Kill Without Mercy by Alexandra Ivy

"Rafe Vargas is only in Newton, Iowa, to clear out his late grandfather’s small house. As the covert ops specialist for ARES Security, he's eager to get back to his new life in Texas. But when he crosses paths with Annie White, a haunted beauty with skeletons in her closet, he can't just walk away—not when she’s clearly in danger…

There’s a mysterious serial killer on the loose with a link to Annie’s dark past. And the closer he gets, the deeper Rafe’s instinct to protect kicks in. But even with his considerable skill, Annie’s courage, and his ARES buddies behind him, the slaying won’t stop. Now it’s only a matter of time before Annie’s next—unless they can unravel a history of deadly lies that won’t be buried."

New romantic suspense series?  Sign me up!  I actually have a copy of this one for my kindle thanks to NetGalley and it is all that I can do to not start this one right now!  I have very high hopes for this one which means that I will be reading it as soon as possible! 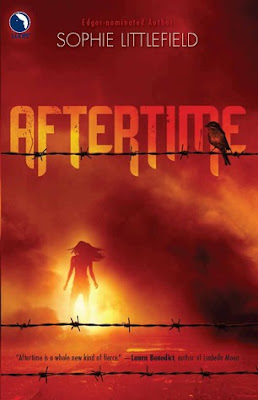 "Awakening in a bleak landscape as scarred as her body, Cass Dollar vaguely recalls surviving something terrible. Having no idea how many weeks have passed, she slowly realizes the horrifying truth: Ruthie has vanished.
And with her, nearly all of civilization.
Where once-lush hills carried cars and commerce, the roads today see only cannibalistic Beaters -- people turned hungry for human flesh by a government experiment gone wrong.
In a broken, barren California, Cass will undergo a harrowing quest to get Ruthie back. Few people trust an outsider, let alone a woman who became a zombie and somehow turned back, but she finds help from an enigmatic outlaw, Smoke. Smoke is her savior, and her safety.
For the Beaters are out there.
And the humans grip at survival with their trigger fingers. Especially when they learn that she and Ruthie have become the most feared, and desired, of weapons in a brave new world…."

I actually have had a copy of this one on my shelves for awhile now but lately it has really been calling my name.  Apparently I am in the mood for a good zombie book and this one sounds like it will fit the bill.  (This is also me trying to ward off yet another reread of Mira Grant's Newsflesh' trilogy which is oh so good but will suck me in/make me useless for about a week).  I'm planning on reading this one sooner rather than later.

I have quite the mix of books this week but that is actually pretty typical for me.  I can never seem to settle on just one genre for too long and mixing it up keeps me from too many of those nasty reading slumps.  I just can't decide which of these I want to read the most.  What books are you chomping at the bit to read?  Let me know- I might want to add it to the TBR list as well :)
Posted by samantha.1020 at 3:00 AM